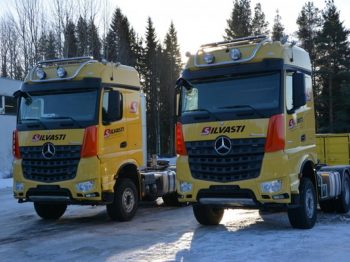 Silvasti received two new Mercedes Arocs 3363- prime movers. These trucks are fitted with VIAB- turbo clutches for the most demanding transports.  At the same time Silvasti received its new... 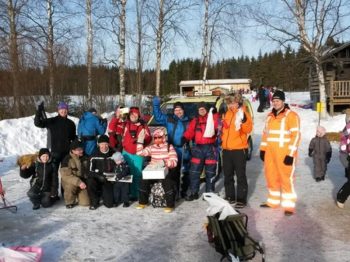 This year 1st and 2nd place went to juniors when victory was taken by Jami 12 years and second place on podium vent to Viljami 2 years old. Every competitor got at least nearly fish! Congratulations...

An interesting reality series Ammattina sankari returns to the screen 1.2. with new episodes – the new challenges. You can get to follow the 12 period of six professional driver out important... 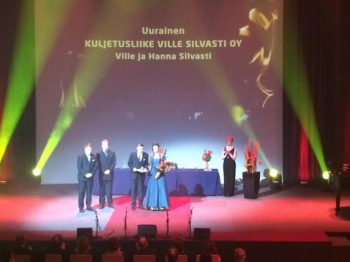 The entrepreneurship association of Uurainen awarded their 2014 entrepreneur of the year award to Silvasti ltd.

Hard work during the last year paid off handsomely as the owners Ville and Hanna were awarded the 2014 Entrepreneur of the year award by the entrepreneurship association of their home town, Uurainen.... 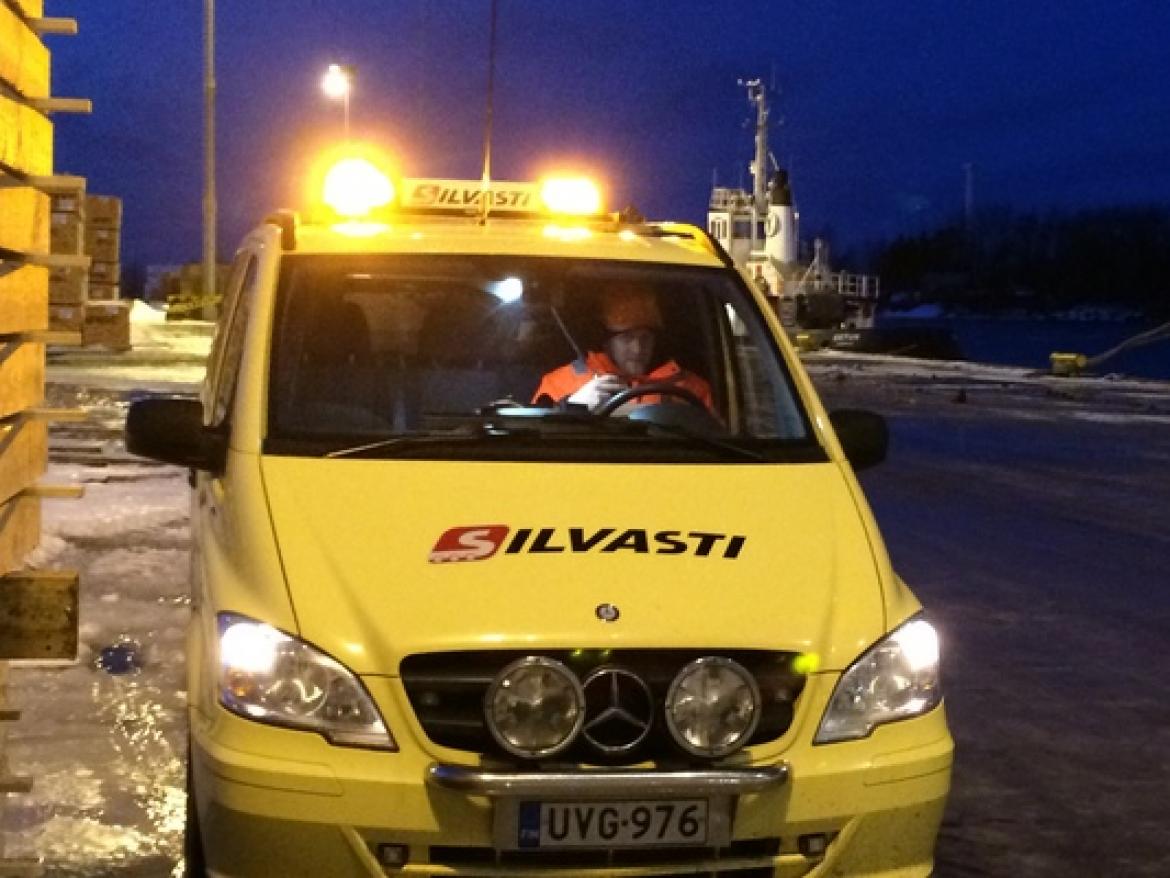 For Silvasti the year-end dates were extremely a busy time when Finland’s this far the largest wind power project kicked off at western coast Kalajoki. The target of the project is to build... 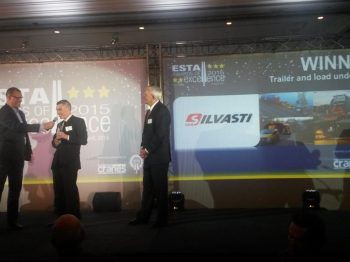 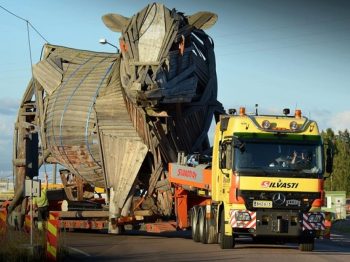 SILVASTI selected among the best heavy haulage-companies in the “Best European transport up to 120t”- series at the ESTA Awards 2014 During the summer 2013 Silvasti carried out a rescue...