Home / News / The driver is the company’s business card

The driver is the company’s business card 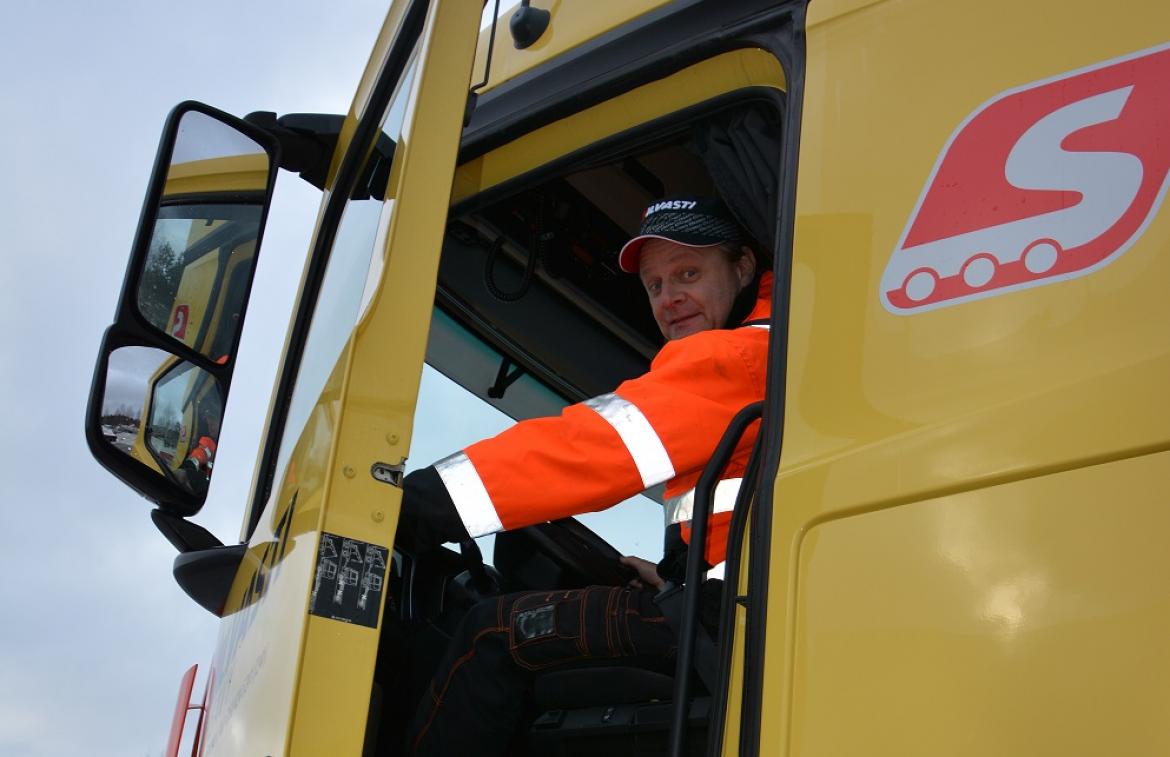 A driver’s job includes many phases, from preparing for the trip all the way to unloading the cargo at the destination. Even though most of the working hours are spent inside the vehicle, driver Timo Pelto is happy with the diversity of his job.

“The work of a driver is suitably challenging, and the days are nicely varied. It’s great to work for Silvasti; people recognise our colours from far away, and Silvasti’s drivers are well-respected. We are Silvasti’s calling card both at the loading site and during the trip.”

Careful preparation is the most important step

The preparations for a trip usually begin a week before, when the transport organiser calls and informs drivers about the upcoming trip.

“The transport organiser calls me and asks if I could make, for example, a week-long trip a week from now. For a trip like that, I pack my so-called ‘long bag’, which holds everything I need over the course of the week, from toiletries to trainers. The truck has a refrigerator, a microwave oven and a coffee maker, so I can take plenty of food with me.”

The trip officially begins with the loading stage. Before departing, the driver must make sure to have all the necessary permits and ferry tickets, if needed, which are provided in advance by the transport coordinator.

“The loading must be done accurately, as the prescribed axle weights can’t be exceeded. The loaders load the truck, but the driver is the one who ultimately decides whether the load is OK. We’re also given precise instructions by the company regarding how the cargo must be loaded. Over the years I’ve also gained plenty of experience in loading cargo.”

Driving during the trip is scheduled as prescribed by laws. The maximum driving time is four and a half hours, after which the driver must have at least a 45-minute break. Furthermore, the the driver must also get at least nine hours of rest per day.

Timo says that he makes his drives enjoyable by listening to the radio or audio books and taking in the surrounding nature, as well as traffic jams. He can choose where to stop for a rest depending on his needs. Some service stations have showers and even saunas available. For the night, Timo likes to drive to a truck stop, also known as an ‘autohof’, which countries such as Germany have plenty of. Autohofs provide drivers with good conditions, tasty food and showers.

“After I’ve reached the stop, I like to go for a jog to take my mind off the drive and stretch my legs after the long period of sitting. After the jog, I take a shower and have hearty meal in peace. Before going to bed, I often watch a movie or read a book.”

The return trip is also a part of the job

When the driver approaches the destination, they notify the consignee of their arrival. At the destination, the consignee unloads the cargo. The driver does not often take part in the unloading, but keeps an eye on the operation to make sure that everything goes without problems. When the cargo has been unloaded and the truck is ready to continue, the transport coordinator instructs the driver to either drive ‘up’, i.e. head back home, or remain on ‘standby’ to wait for a new load. If a new load is not expected, the driver heads back.

“When driving back, you need to remember that you’re still on the job. I represent Silvasti all the way back and act accordingly, of course. I really enjoy my job. My dream is to receive more assignments to Western Europe. Germany is particularly close to my heart, as I used to live there. I feel at home when driving in Germany, and I’m lucky to get to go there every once in a while.”