Even winter will not catch special transport professionals off guard 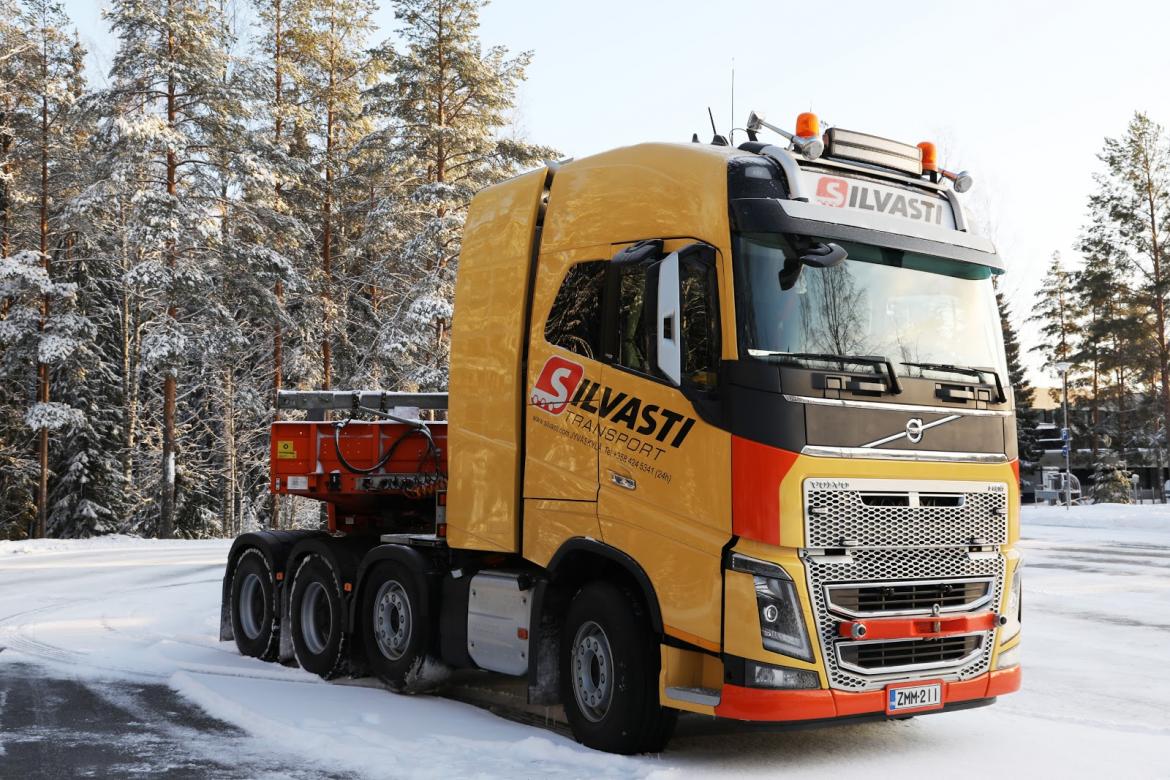 At Silvasti, preparations for winter are always thorough and carried out on time. While the special transport industry is characteristically cyclical, with most jobs conducted during the melt season, there are still plenty of special transport projects to be carried out in the winter as well.

Lauri Riipinen is responsible for operations activities at Silvasti. According to him, there are essentially two general perceptions about winter transports:

“Many people are under the impression that transport operations essentially cease in the winter, while others think that winter transports are not really that different from summer transports – both perceptions are wrong. Transportation is undeniably more challenging in the winter, but still perfectly doable.”

At Silvasti, preparations for winter begin well in advance. By the time the temperature falls below zero and slick surfaces appear on roads for the first time, everything has to be ready. Effective preparation includes measures related to vehicles and the road network alike.

“As regards vehicles, it’s not just about switching to winter tyres, you also have to think about snow chains and winter-resistant fuels and lubricants, for example. Another important aspect is the winter maintenance and condition of roads. Regular road maintenance measures are only aimed at keeping roads open for normal traffic. These measures are not enough to increase tyre-road friction to the same level as in the summer, which is essential for special transports.”

In practice, this means that special transports require additional ploughing, gritting, edge-marking and salting – which must all be carried out before the trucks arrive. At Silvasti, roads and weather conditions are closely monitored via weather forecasts, test drives and on-site inspections; demanding transports projects even require a final drive-through of the planned route on the day of the transport itself. If the conditions are found to be less than optimal, the transport is simply not carried out that day.

“We do not want to take any risks, and we certainly have no need for ‘everyday heroes’ who rely on their luck in slippery weather,” emphasises Riipinen. According to him, routes must always be planned down to the smallest detail in advance. While the amount of time and work required is undeniably greater than in the summer, it is still perfectly doable in the winter as well.

In winter, the greatest challenges are large, slippery inclines and sub-zero temperatures, which may damage vehicles that include plenty of sensitive hydraulics susceptible to frost.

Even the greatest challenges can be overcome

One of the most memorable events in Lauri Riipinen’s career occurred many years ago, on New Year’s Eve at the port of Kalajoki, where a group of Silvasti employees were unloading a ship full of wind turbine components into several trucks.

“At first we had to contend with horizontal snow, which made it all but impossible to see. The snow then turned into pouring rain, which eventually stopped and gave way to a clear, -25-degree Celsius winter day. The entire storage area was instantly turned into a huge ice-skating rink, surrounded by the black, chilling sea, cold steel and large cranes. It took an absurd amount of gritting, but we still managed to get everything done without incident and, most importantly, on time.”

With experience and firm expertise, special transports can be carried out successfully throughout the winter.