Transport Company Ville Silvasti values the expertise of all drivers 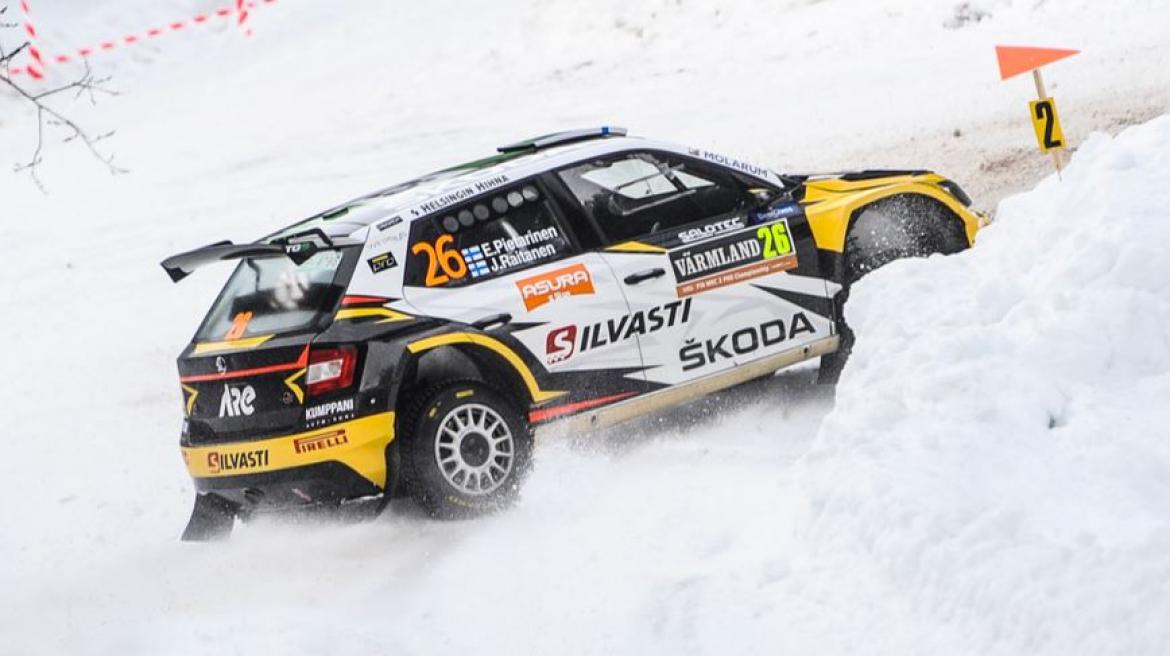 Eerik Pietarinen answers the phone from Sweden, where he has spent the last few days practising. One of Finland’s most promising rally drivers, Pietarinen and his co-driver Juhana Raitanen are in the middle of preparing and testing their car for the upcoming weekend’s Rally Sweden. “We just took a quick nap in the car,” the driver laughs, describing their preparations.

Pietarinen is originally from Pornainen, a small municipality located near Helsinki. Three years ago he ended up moving to Tuusula. In Tuusula, the driver proceeded to build himself a house. This resulted in him taking a break from motor sports lasting just over a year. The break seems to have done him good, as Pietarinen has kicked his driving into high gear since his return.

“We were kinda just dabbling in it at first, but now we’ve been going all out for the past couple of years.”

Pietarinen’s career has advanced at breakneck speed. It was only seven years ago that the now 25-year-old driver first sat behind the wheel of a rally car, at 2012’s Xerox Rally. In 2017 he became the Finnish rally champion in the SM2 class, driving for Mitsubishi. Last year he won both the WRC2 class at Neste Rally Finland, and the Finnish Rally Championship. It’s no wonder then that Pietarinen is now at the starting line of Rally Sweden, which starts on Thursday.

“Success tells you that you’ve done something well and motivates you to do even better. There’s still much to learn.”

While the bar has naturally been set high, the Finnish rally prodigy has his feet firmly planted on the ground. According to Pietarinen, the next two or three years will be the most important of his career. These years will determine his path for the future. His goal is to break through to the WRC category. Before that he has to prove himself in the WRC2 category. The World Rally Championship (WRC) is the most competitive rallying series in the world, open only to the very best rally drivers from around the world. This season, Pietarinen is driving in four different competitions in the WRC2 category.

Motor sports are relatively expensive in and of themselves, and at Pietarinen’s level the costs are even higher. The driver emphasises the importance of sponsors. Practice, the driving itself and the travel required to participate in competitions all require plenty of money.

“Sponsors are unbelievably important, without them it would be simply impossible for me to drive.”

Transport Company Ville Silvasti Ltd wants to support Pietarinen on his path to the top of the rallying world. This is why the company has become one of the young driver’s sponsors. Through sponsorship, the company not only wants to increase its visibility, but also demonstrate its appreciation for the expertise of all drivers. The know-how of rally drivers is in many ways similar to the know-how of the transport company’s drivers. It is these parallels that Transport Company Ville Silvasti Ltd wants to participate in developing and supporting.

To prepare for Rally Sweden, which begins on Thursday, Pietarinen and his co-driver Raitanen have spent the last few days driving stages and learning the routes. Even though the competition is set to be extremely fierce, Pietarinen remains confident, as he has been practising for all weather conditions.

“There will be plenty of great drivers on the starting line, with many countries sending their very best.”

Rally Sweden starts on Thursday 14 February in Torsby, where the Finnish pair will be facing off against approximately 30 other cars. Pietarinen and Raitanen’s competition number is 26.