Nicolai Lyse Krathaus wins the apprentice of the year 2021 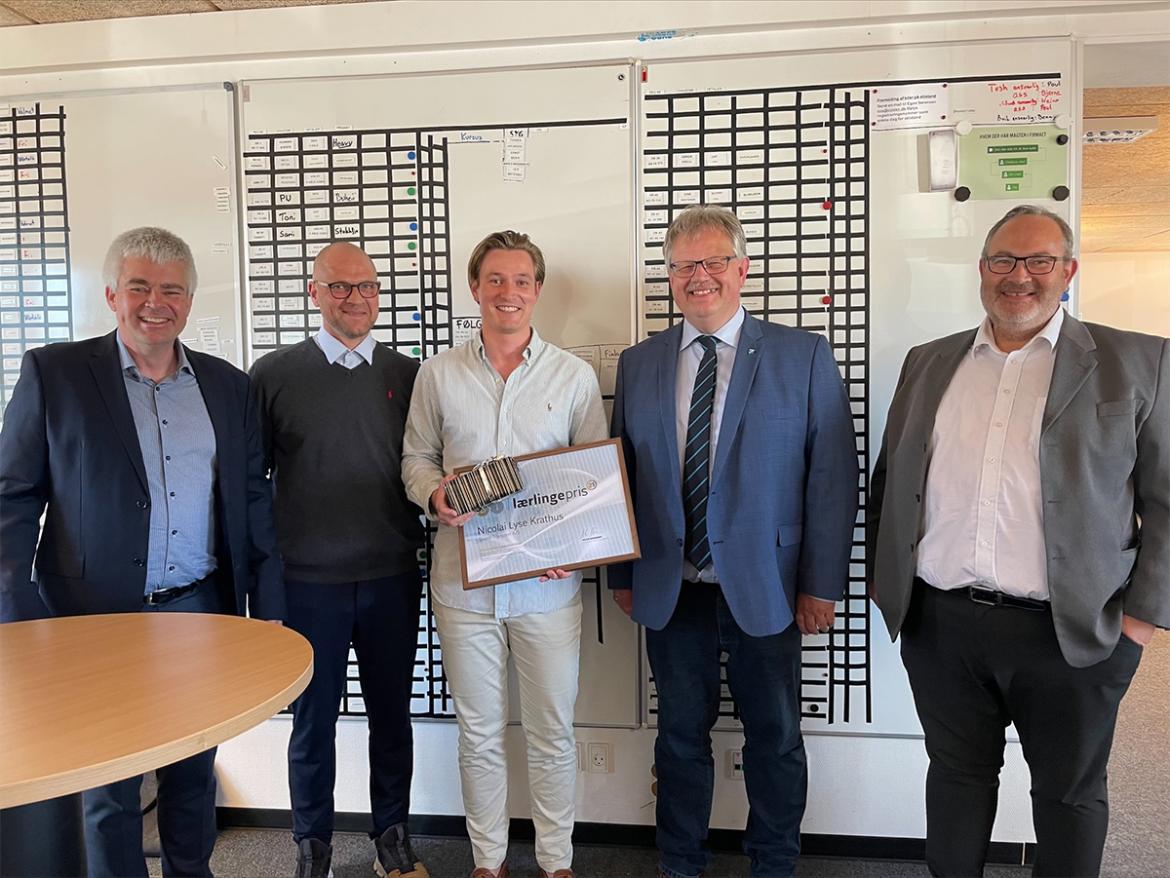 icolai Lyse Krathaus wins the award for taking good care of both the special cargo and his colleagues.

From the office in Fjerritslev sits Nicolai Lyse Krathaus with an overview of Silvasti’s special transports around the countries. Nicolai is a recent graduate in freight forwarding and shipping but is already a key employee. A phenomenal effort during his apprenticeship – both academically and personally – has today made Nicolai the apprentice of the year 2021.

– Nicolai deserves this recognition if anyone. He’s a talent in our industry, and then he’s a stubborn row that just pushes forward and gets better and better all the time. Already in his student days, he took responsibility for large and complicated tasks while we stood wide-eyed and watched how he managed it all with top marks, says Mikael Schmidt, CEO at Silvasti Transport A / S

Silvasti Transport A / S is among the largest and leading companies in the transport and forwarding of special cargo and wind turbine components. It places great demands on the coordination that takes place behind the scenes, where Nicolai sits.

– First of all, it requires insight into complicated programs and systems. Then, it requires planning and preparation of own drivers, and then it requires meetings with external hauliers, where price and conditions must be negotiated. Tasks that Nicolai has taken on from day one. Also, in periods when things have become critical, says Mikael Schmidt.

In Silvasti Transport A / S office, Nicolai is also known for being a good and helpful colleague. First, by actively contributing to a warm and respectful work environment. But also, with very concrete initiatives that benefit colleagues. For example, Nicolai makes illustrations and video clips, among other things, which help the drivers to use the “fleet system”, which he himself is a superuser of. The social aspect of being a good apprentice and good colleague is something that is highly valued in DI Aalborg’s apprenticeship award.

– When we nominate this year’s apprentice, it is absolutely crucial that it is a role model that other young people can reflect on. Of course, this applies professionally and educationally to clarify what career opportunities a vocational education can open up. But it must also be an apprentice who clearly shows how to be a good colleague. After all, it’s the most important thing. Nicolai shows that, and I just have to take my hat off to the way he approaches the tasks, says Peter Rindebæk, Deputy CEO of Bladt Industries A / S and chairman of DI Aalborg.

Nicolai was surprised earlier by family and colleagues who had turned up to celebrate him. The award was presented by the chairman of DI Aalborg, Peter Rindebæk, and by the mayor of Jammerbugt Municipality, Mogens Christen Gade.