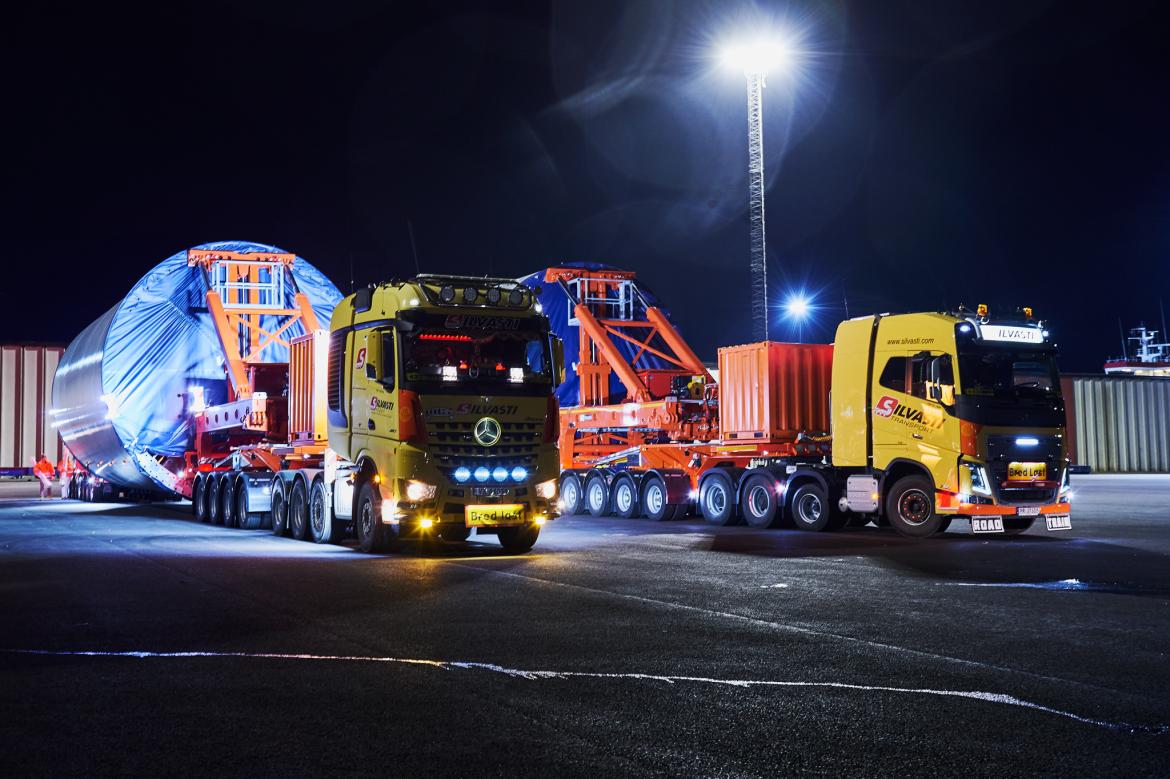 The brand-new clamp sets have now been successfully used to transport two 80t tower sections in northern Sweden from port of Piteå to construction site. The tower sections were each 14.5 and 18.8m long with diameter up to 6.3m. Transportations started from port at 21:00 local time and 6hrs later successfully reached destination after 150km.

Ville Silvasti commented that from the very beginning it was realized that the new clamp sets are a revolutionary development which has never been seen before. Everything went smooth during the whole voyage.

Transversal tilting was minimal due the extreme robust design of the adapters and increased track width of the axles.

A hydraulically damping system is further eliminating side movements.

Warning lights are indicating the tilting angle and therefore the range of safe operation.

The crew also noticed that the behavior of the clamp adapter on a bumpy road was better and work lights in extremely dark conditions were highly improved.

“Facing the fact that components, such as tower sections, are getting bigger and bigger we are proud that we could significantly improve transport safety for our team and our customers.” -Silvasti

See a video of the transportation on our YouTube channel.